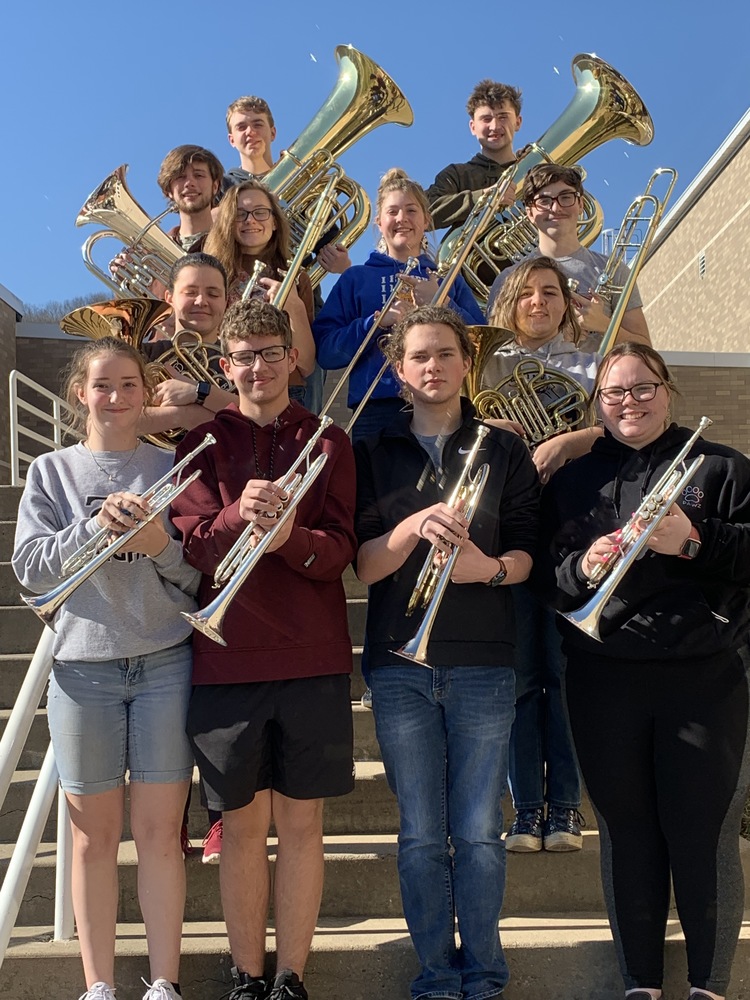 Knights Band Musicians Among the Best in the State

The Tyler Consolidated High School Band will have 14 musicians performing at the West Virginia Music Educators (WVMEA) State Conference in early March.  The TCHS Brass Choir was selected as Solo and Ensemble State Honor’s Finalists.  They will perform along with some of the best young musicians in the state during a series of recitals held during the three-day conference held at the Charleston Civic Center March 3rd – 5th.  This is the second brass choir from Tyler Consolidated to be selected as Solo and Ensemble Finalists, the last occurring in 2020.

Solo and Ensemble is an event that is sponsored annually by the WVMEA and in late January or early February.  Musicians from around the state are adjudicated and given a rating based on the quality of their performance.  The event for the northern region was to be held on February 2nd, but was cancelled due to inclimate weather.

In spite of this, directors were still permitted to submit recordings of solos or ensembles the he or she felt was worthy of finalist consideration.  For this reason, director Matt Jennings submitted recordings of several ensembles and solos to be reviewed by a panel of judges.  Several hundred submissions were received from around the state with only a handful selected as finalists.  The brass choir’s performance of “The Earle of Oxford’s March” was chosen for this prestigious honor.  This piece was composed English Renaissance composer, William Byrd (1543-1623).